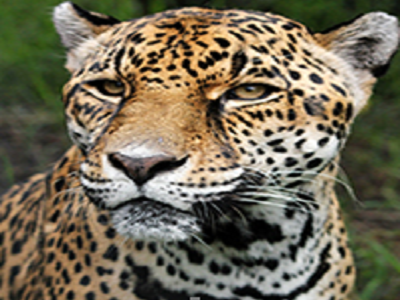 Jaguars once roamed throughout the southern United States, mostly in Arizona and New Mexico. Jaguar sightings in the U.S. have become increasingly rare since 1996, and only seven male jaguars have been sighted in the U.S., all but one of which occurred in Arizona.
In 2016 a camera owned by the University of Arizona photographed a male jaguar roaming the Huachuca Mountains. This jaguar was thought to be Yo'oko, one of three male jaguars known to roam Arizona's mountainside over the past decade. Jaguars are listed as an endangered species in the U.S. and Mexico, making it illegal to kill a jaguar. Sadly, in 2018 Yo'oko was killed after getting caught in a hunter's trap in Mexico.
Organizations such as the Northern Jaguar Project are making efforts to protect the remaining jaguars by further developing a safe-haven in northern Mexico. The organization works towards protecting the remaining jaguar population and is making strides to increase the future population.