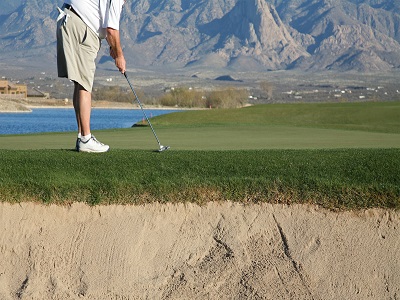 From Realtor.com News More and more baby boomers these days are flipping the script and opting for a city with, well, everything a city has to offer. They're ditching the stock notions of retirement from previous generations and seeking to spend their golden years in urban areas that have walkability, great restaurants, culture, good public transport, and decent prices—pretty much the same things that America's other ginormous demo group, millennials, crave. The difference is, more boomers can foot the bill.
And as the largest generation ever to retire, at around 74 million strong—10,000 per day now hitting age 65—its movements are already having ripple effects in the hottest neighborhoods of many U.S. cities. But where? Realtor.com® found the fastest-growing retirement cities where boomers are moving in. Get ready for the silver tsunami.
"Many boomers recognize that cities are a great place to age," says Daniel Levine, founding director of the Avant-Guide Institute trends consultancy. "Everything is often within walking distance, from restaurants to hair salons. Add the plethora of cultural activities and aging in the city is sort of like one big retirement home.
"America's cities are dynamic engines of change," he adds, "and boomers are as much as part of that as younger generations."
The top retirement cities have "higher than average access to exercise opportunities, healthy food options, and parks,” says Rodney Harrell, AARP’s director of Livability Thought Leadership. "They're easier to walk in and have more transportation options."
To zero in on the best urban retirement meccas, we started by calculating the counties with the greatest numbers of incoming folks aged 55 and up (calculated on a per capita basis), and those that have seen the biggest increases over the past two years, according to the U.S. Census Bureau data. We selected the primary cities from those counties.*The Northeast didn't make the cut because it's expensive and cold (some things, like the desire for warmer weather, never change). And you'll see that many of our entries are cheaper alternatives to bigger, way pricier cities nearby. Can't afford San Fransisco? (Hey, join the club.) Give Sacramento a look!
So which cities are experiencing a boomer boom?
1. Tucson, AZ
Median home list price: $290,000
It's not exactly a shocker that an Arizona city topped our list. The 286 days of sun a year and reasonable cost of living make the state a perennial favorite among retirees. But budget-conscious boomers craving the city life are bypassing costlier Phoenix, with a median $340,000 list price, for much more affordable Tucson.
The desert city offers a surplus of 65-plus retirement communities as well as a vibrant downtown, extensive bike paths, gorgeous hiking trails, and award-winning Sun Tran bus system. The city has access to more than—count 'em—40 golf courses. Tucson is also home to Banner-University Medical Center, one of U.S. News & World Report's top 50 hospitals in the country.
2. St Louis, MO
3. Tampa, FL
4. Denver, CO
5. Atlanta, GA