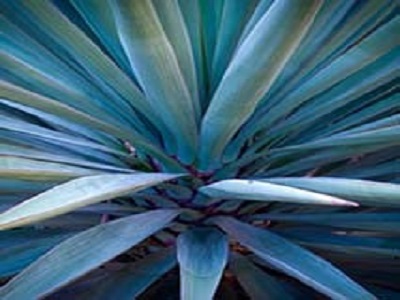 In the spirit of the new Agave Title Agency, we have assembled a collection of fun facts and uses for agave plants, which includes more than just making Tequila.
The agave plant is a highly versatile one in terms of its different species and uses. Many assume the agave plant is a type of cactus, but it is actually a succulent that is more closely related to a water lily. There are about 250 species of agave, which gets its name from the Greek word agavos, meaning noble or illustrious. They are also called century plants because they live for long periods of time, up to 60 years, before flowering once, producing seeds, and dying. Inflorescences are agave flower stalks that grow up to 40 feet tall. At the top, tiny clusters of flowers hang together from a single stem, away from any potential predators. To conserve water, agave plants use fat as a barrier to reduce evaporation of much-needed water storage located in the caudex, a central part of the stem. In this part of the agave, water is stored as sap which moves from the roots to the leaves.
The most well-known use for agave plants is for tequila, and even before the drink was invented, the Aztec people used the agave sap to make pulque, a fermented honey water beverage. Today, tequila is made by cooking agave for about eight hours. The process takes a while because agave plants store sugar in the form of inulin, which only changes to sugar if cooked. Only then can the fermentation process of turning sugar into alcohol begin. Over the last 9,000 years, other typical uses include making ropes, weapons, clothing, paper, beds, brushes, medicines, and even digeridoos.
To prepare the plants for any of these uses, a highly-skilled professional called a jimador must harvest them. First, the jimador strips the agave leaves off the plant using a long tool with a sharp, rounded knife at the end called a coa. This process leaves behind the heart of the agave, called the piña, which weighs about 100 pounds. The piña is then collected and ready to be processed into one of its many possible uses.
For generations, people living in the hot, arid regions of North and Central America have cultivated the agave plant for various purposes. Over time, the agave became a powerful symbol in the Mexican community. The flowers on top symbolize love and fidelity, while the roots represent a sign of stability in marriage.